The use of moulds to construct concrete columns has made it much easier to produce relatively smooth structures – but even these moulds can leave seams and allow for some spiral marking. This is why plastic inserts for these forms are such a necessary part of the concrete pouring process. Leaving seam or spiral markings on concrete columns might not seem so bad because the marks are so light, but those markings are a lot more noticeable – and leave a bigger impression – than you might realise.

Have you ever looked at a column that had a seam running the length of it? No matter what material the column is actually made of, that seam will make it look cheap. From a distance, the seam can actually make a column look like it's made out of plastic. Even if you know it's made of concrete, that seam makes it look badly poured. That might not matter if the column is a plain support column hidden from view. But if this is a column that's in a public area at a place where the buildings are all supposed to look futuristic and sleek, that seam will ruin the effect quickly.

On one hand, spiral marks on a poured concrete column make sense. Reinforcing steel coils inside the column affect how the concrete settles after it's been poured into the form, so a slight spiral pattern in the concrete seems like a natural result. But the spiral pattern still looks odd and can be noticeable enough to detract from the overall appearance of the column and its surroundings. People might wonder about the strength of the column; do those marks indicate layers that go all the way through the concrete form and that will shear off at any moment? Obviously no, they won't, but to the uninitiated who don't know how the columns were formed, the lines can be unnerving.

Considering columns are formed by construction and industrial crews pouring concrete, the concept of a column looking too industrial is odd. But if the column is supposed to be in a visible spot, you don't want the column to stand out. Unfortunately, marks, seams, and other blemishes will stand out easily on columns that are supposed to be one uniform colour with no other patterns. This can make them clash against whatever backdrop they have. The marks can also make them look poorly constructed.

No matter what forms you use to create the columns, do not forget the plastic linings. Those let you produce columns that look much better.

For more information on column moulds, such as Formatubes, contact a supplier in your area. 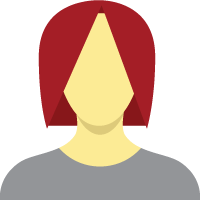 Welcome to my blog. My name is Emily. As a former team leader at a manufacturing facility, I know how important it is to maintain your equipment. In this blog, I want to share all of the bizarre and exciting tips I have learned about maintaining industrial and manufacturing equipment over the years. My hope is that these posts will make your facility safer and more efficient, while also saving you money. If you have questions or want guidance, please feel free to explore. When I'm not writing, you can find me working -- I am the co-owner of a coffee shop. Otherwise, I'm usually with my kids or great husband, hiking, reading or just having fun.